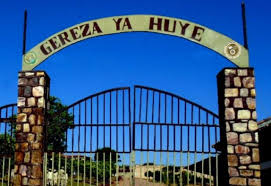 In all RCS prisons, there are many inmates who were convicted of crimes related to drugs. Those inmates are in all categories; men, women, poor, rich, skilled, unskilled

In all RCS prisons, there are many inmates who were convicted of crimes related to drugs. Those inmates are in all categories; men, women, poor, rich, skilled, unskilled …

RCS uses its officials to educate those inmates the consequences of being involved in drugs, so that they (inmates) can change their behaviors and involve in fruitful and crime free activities that will enable them to reach the sustainable development of their families, and for their country in general.

Today, the number of inmates has changed their mind. They are now surely understood the effects of drugs and how those drugs were a barrier to the development of their family.

Raymond Subika, an inmate from Muhanga prison, is among the thousands of inmates who have changed.

He said “When I arrived here in prison, I attended many courses concerning being free of drugs and being proactive. As a result of the immersion of the course, I decided not to take any drug again. Moreover, I had already experienced the effects of being away from my family.”

Jeannette Nyiramana, is also an inmate from Muhanga prison. She said that before being jailed, she used to sell drugs, though the more she sells drugs, the more family conflicts arose.  In so doing, little by little her family became poor and poorer.

Jeanette witnessed that now she understands well the consequences of drugs as she is imprisoned while she supposed to be in her family looking after her children.

SSP Genevieve Niyomufasha, the Director of Muhanga Prison, emphasized that a big number of inmates have changed their mind, for they were taught how drugs damage the personal and family development. She added that people should know that they are of a great value to the country; without good citizen who are responsible for their development and wellbeing, the country has no meaning.

She advised drugs users and sellers to “Stop using or sell drugs in our society. You have to remember that it is a crime, hence once you are jailed, how can you look after your family? In order to reach the sustainable development, you have to fight against drugs distribution.”

RCS is working closely with those change inmates to educate the newcomers about the consequences of drugs.

PrevPrevious10th Anniversary of RCS: Change and growth in correctional duties
NextIn closing of the four (4) Months Correctional Training, CGP George Rwigamba assured all Correctional Officials that they will attend such training.Next