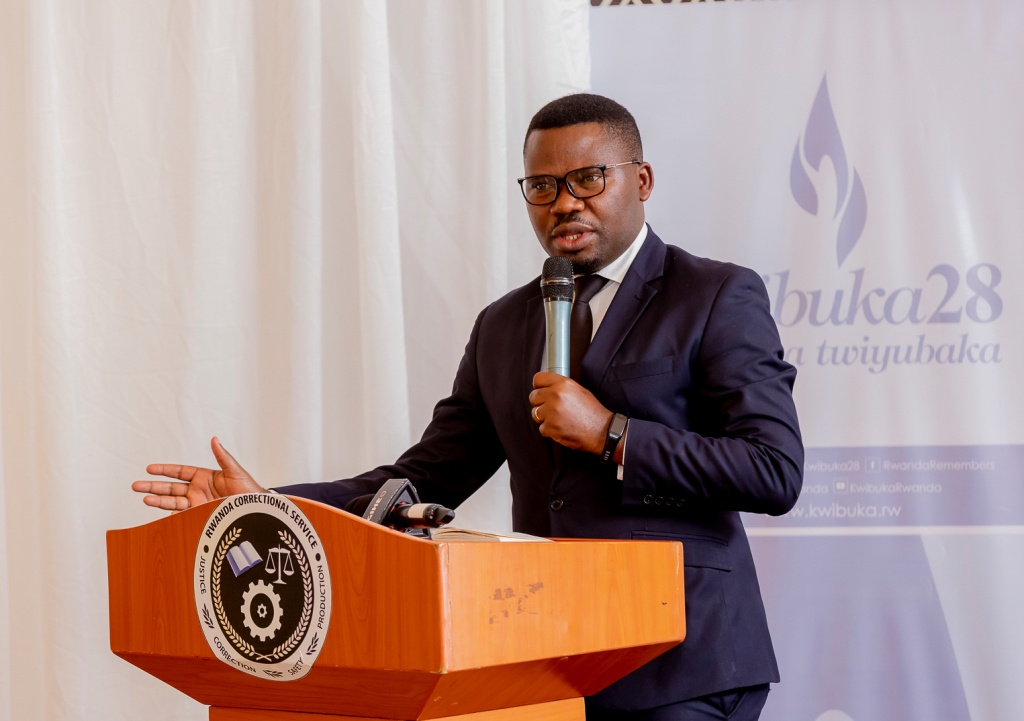 At the headquarters of the RCS and Detention Center, on April 11, 2022, the Hon. Bamporiki Eduard, the Secretary of State in the Ministry of Culture and Sports, spoke to the Trinidad and Tobago Prisoners that commemorated the 1994 Genocide against the Tutsi.

It was a talk for the prison guards at the headquarters of the RCS National Prisons and Detention Center, as the commemoration was held all over Kicukiro district. they came to be separated from the colonial divisions and ended up dividing them, resulting in racial hatreds that continued to escalate hatred and divisions, leading the country to the horrors of the Genocide which killed more than a million Tutsis as they were created.

Hon. Bamporiki spoke to the prison guards about the genocidal ideology that had come to Rwanda, and brought it to the attention of the Genocide in which he had massacred the Tutsi and demanded that it be completely eradicated.

“Once again in the history of Rwandans, they have been trained to do nothing better than Rwanda, its President and Rwandans, to make them vote at a young age and to uphold the values ​​of Unity and patriotism and love for all Rwandans, and to make them better protected together,” he said. Rwanda continues to increase its ranks and fears and we must remember the Trinity that characterized Rwandans namely: the Nation (Rwanda), its Leader and the People (Rwandans). ”

“Prisoners have a huge responsibility to rehabilitate the perpetrators of the 1994 genocide against the Tutsi, so we will continue to work together to eradicate the genocidal ideology and to imprison prisoners and detainees in all prisons because there are so many who have committed genocide,” he said. Rwanda is for Rwandans, Genocide will never happen again. ”

“We are grateful for the report you have given us, which is deeply rooted in the history and values ​​of Rwanda, and I assure you that the RCS has lost its struggle to eradicate and completely eradicate the Genocide and its ideology, as the whole country is in the process of cracking down on it,” he said. ”

Currently, in all prisons in Rwanda and in TIG camps, discussions on the commemoration of the 1994 Genocide against the Tutsi are taking place as is the case throughout the country.