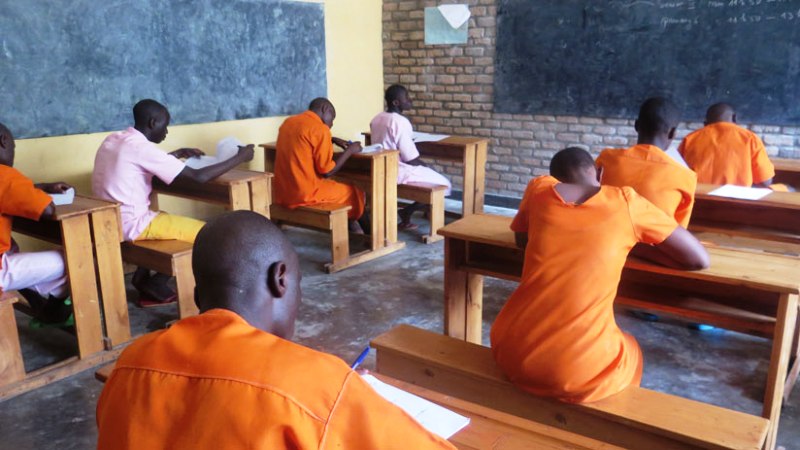 The National Exams for both primary and O’level results were released by the ministry of Education On Tuesday.

Eight juvenile inmates passed with first division and eight others passed in various grades in primary.

The National Exams for both primary and O’level results were released by the ministry of Education On Tuesday.

Also five juvenile inmates sat O’Level exams and all passed in various divisions namely one candidate in first category, two in second category and two others in the fourth category, according to official figures.

According to SIP Hillary Sengabo Rwanda Correctional Services (RCS) spokesperson, all juvenile inmates who sat for either level passed including those who passed with first grades.

“We are very happy as RCS as we have managed to teach juvenile inmates to the level we could prepare them and they passed exams, these are children who committed crimes most of them had dropped out, their success therefore is a proof that we are both correcting them while providing formal education,” said Sengabo

He said that RCS works with Rwanda Education Board to ensure that all children, inmates included enjoy child rights including right to education.

“This is in a bid to respect the rights of juvenile inmates as they are sentenced according to their age and are expected to go back in the society once they complete their respective sentences, they should therefore exercise their rights to sit national exams” he added

He said that all children who passed primary leaving exams would continue in O’Level inside the prison while those who completed O’level are compelled to undergo Technical and Vocational Education Trainings (TVET) also inside the prison.

There are various trades inside the prison such as electricity, construction, tailoring and hair dressing among others, according to Sengabo.

Sengabo said however that three of the inmates were lucky to get their exam results the same time they completed exams and would go the public schools in their respective levels.

Those released include two who were in primary and one who passed O’Level Exams.

Pacifique Itangishaka tops the list of inmates who passed exams in Primary with aggregate 6 while Eric emerged the first for those in O’level with aggregate 23, according to RCS officials.

Sengabo said that both levels are taught with other inmates as well as prison officials in a daily basis while some teachers from outside sometimes come to teach juvenile inmates inside the prison. There are about over 370 juvenile inmates in Nyagatare prison.