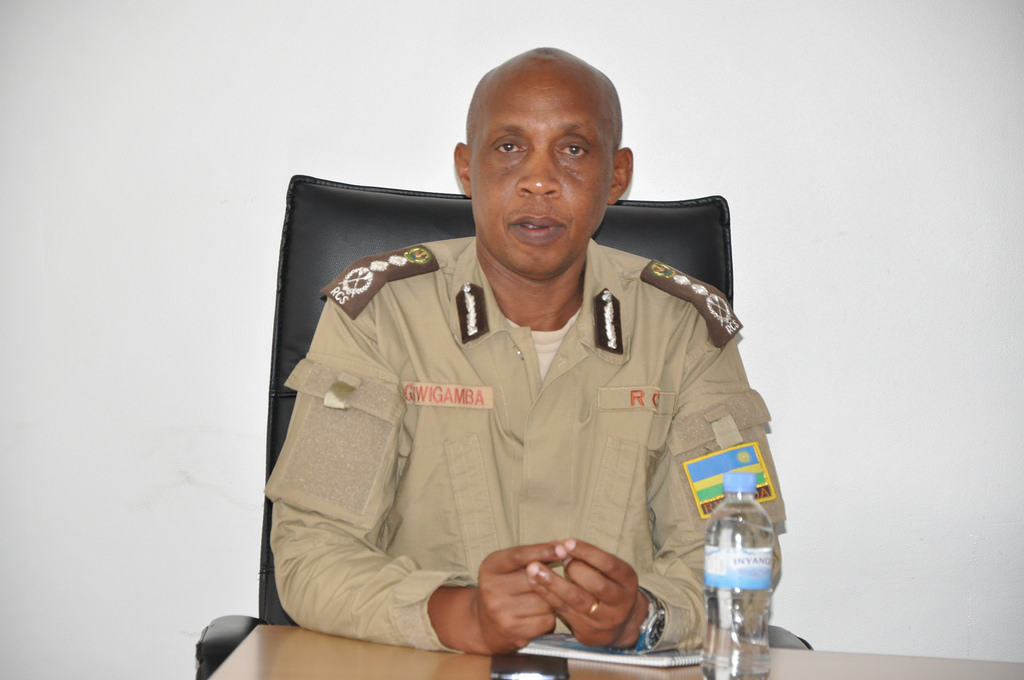 Felicien Murenzi, one of inmates in Nyanza district said that inmate have issue of overcrowding where they don’t have enough space to sleep on and incomplete dossiers.

RCS Commissioner General George Rwigamba visited Nyanza Prison to assess inmates’ lives as well as challenges they face and promised them those issues will be addressed.

Felicien Murenzi, one of inmates in Nyanza district said that inmate have issue of overcrowding where they don’t have enough space to sleep on and incomplete dossiers.

He also said that this prison which hosts people from all over the places is far from relatives of inmates and it is always hard to be visited.

Others, he said requested revision of court rulings but it was not done.

Others have incomplete dossiers and it is not easy to tell when they were sentenced because some of their dossiers remained at their first places where they were previously jailed in various prison cells.

Murenzi said “Things are well in general, we get our daily food regularly and the prison management promised that prisons are under construction while others are being expanded to address the issue of  overcrowding, we hope that those who need to be relocated will be helped soon,”

Apart from those challenges inmates hail RCS management for treating them well and RCS promised them to find solutions to their problems.

Murenzi adds that RCS works with Prosecution to look for incomplete dossiers to determine the time they were sentenced and when they are supposed to complete their sentences.

RCS officials say there looking for a long lasting solution for inmates who want to be relocated and go in prisons which are closer to their families.

SIP Hillary Sengabo, RCS spokesperson says that some prisons are under construction while others are being renovated and expanded to address the issue of overcrowding as well as inmates living far from their families.

“There are inmates who want to be relocated to other prison to live closer to their families, like those who want to go to Kigali, Mageragere prison is under construction, plans are also underway to construct Nyamagabe prison and this would facilitate and help inmates from Karongi, Nyamasheke, Rutsiro and Rusizi districts coming closer to their families inmates,” he said

“For those who were sentenced by Gacaca courts and whose appeal could not be heard because of Gacaca close out, the law stipulates that they can proceed in ordinary courts,” he added

Opened in 2004, Nyanza prison meets international standards and hosts 6965 male inmates including 14 foreigners among them Sierra Leone convicts transferred by the Hague based International Criminal Court.