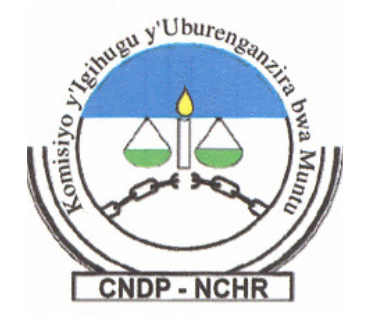 The National Human Rights Commission (NHRC) has rejected claims of Genocide Convict Dr Leon Mugesera that the Rwanda Correctional Services (RCS) has denied him rights to access medical treatment, meet his lawyer and that his family was not allowed to visit him.

The National Human Rights Commission (NHRC) has rejected claims of Genocide Convict Dr Leon Mugesera that the Rwanda Correctional Services (RCS) has denied him rights to access medical treatment, meet his lawyer and that his family was not allowed to visit him.

This follows media reports in the Canadian publication called La Presse in which Mugesera’s family and lawyer claim he suffers from hypotension and has cataracts in both eyes with a risk of blindness and has been denied treatment.

Mugesera, 64, served as the deputy chairman and special advisor to the former ruling party, MRND that orchestrated the Genocide.

He was deported from Canada in 2012 after a long battle against his extradition to Rwanda to face Genocide related charges.

He is incarcerated at Mpanga Prison, an internationally accredited facility based in Nyanza District in the Southern Province, where he is serving a life sentence.

According to the statement released on Sunday, after learning through the media of Mugesera’s human rights concerns, the National Humana Rights Commission conducted an independent investigation and physically visited Nyanza prison early last in December last year.

The statement indicates that the Commission physically met with Mugesera and had a free discussion with him on each of the human rights issues he was concerned about, in the presence of his lawyer Me Jean Felix Rudakemwa.

According to the National Human Rights Commission, the visit was conducted in all prison’s cells where non Rwandan prisoners and Rwandans transferred from other countries are accommodated.

In the Nyanza based Mpanga prison, the commission established that Inmate’s wellbeing is maintained as there is adequate food and accommodation.

“The Commission established that contrary to the allegation of the alleged denied access to health services, including eight missed appointment with ophthalmologists at King Faysal hospital (between March 2016 to present) as well as other missed appointments with his internal medical doctor, Mugesera received medical treatment at King Faysal on the said date,” reads the statement

It added that the Commission also established that Mugesera is treated like any other prisoners at the facility health’s centre and received medical treatment eight times between June 2017 to December.

The practice is that all cases are first treated in the facility’s health centre before being referred to hospitals in accordance with referral procedure but in some cases Mugesera wanted to immediately be rushed to King Faisal hospital for treatment.

Officials said that this is not based on the patient’s wish but when the service provider finds appropriate based on the case.

“On the allegation of denied contact with his family and lawyer, the Commission established through the prison visit registry that between June 16-24 December last year, Mugesera was visited 13 times by family, relatives and friends,”

Human Commission said that the same records show that for the period from May 2016 to December 2017 Mugesera had 28 meetings with his lawyer.

“Regarding the frequency and duration of the visits, the Commission found that existing national guidelines that allow one visit per week were properly followed,” it adds