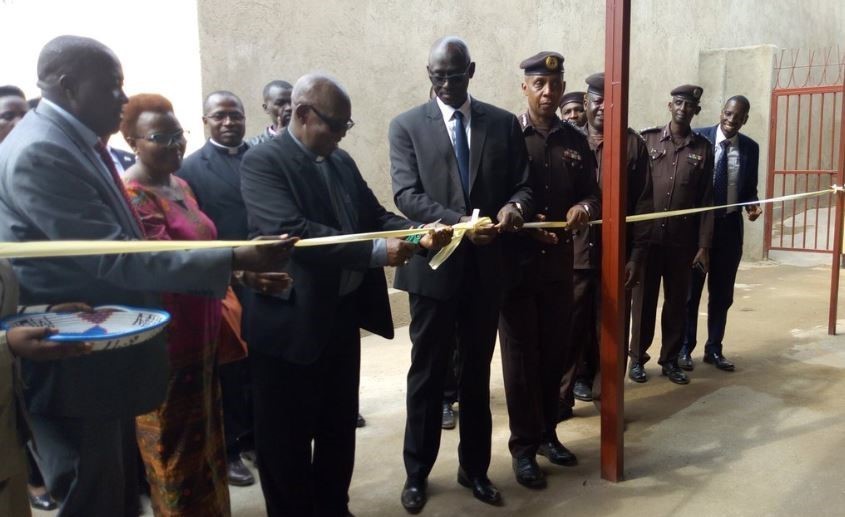 Women and juvenile inmates from Musanze and Nyagatare Juvenile Prisons now have reason to smile after the launch of a three-year project that seeks to empower them economically in the pre-and post-release process. The project is targeting 2,500 inmates

Women and juvenile inmates from Musanze and Nyagatare Juvenile Prisons now have reason to smile after the launch of a three-year project that seeks to empower them economically in the pre-and post-release process. The project is targeting 2,500 inmates

The project was on Tuesday officially unveiled at Musanze Prison by the Rwanda Correctional Services (RCS) jointly with the Catholic Diocese of Byumba with funding from OXFAM International.

Through the scheme dubbed, ‘Rwanda Market oriented programme’, the project will be dealing with the targeted inmates’ psycho-social support as well as providing them with hands-on skills while in prison, according to the officials.

The Minister for Justice and Attorney General, Johnston Busingye, reiterated the Government’s commitment to have the country free of crime and urged inmates to showcase good behaviour so as to contribute toward the country’s development.

“The project isn’t there to only provide you with vocational skills; it is also there to transform your livelihoods,” he told the inmates.

Busingye said that the Government values the idea to empower female and juvenile inmates and called on concerned partners to join hands for the project to thrive.

Bishop of Byumba Diocese Servilien Nzakamwita disclosed that the project focuses on women and juveniles because they face hardship in reintegrating into their families after serving their sentences.

“All that we need is that people live in harmony by helping each other in their day-to-day lifestyle as the gospel asks us, we want this project to help people respect the virtues which promote social cohesion not only in the prisons but also within our families,” said Bishop Nzakamwita

Inmates welcomed the project, saying it would help them to live a dignity life while reintegrating in their respective families.

“Most of the time many people return to prison as a result of committing crimes connected to lacking employment after being released,” said Domitille Mukankuranga, an inmate in Musanze Prison.

The Commissioner General of Rwanda Correctional Services CGP George Rwigamba said that the beneficiaries of this project will be given startup toolkits upon completing their term of imprisonment.

CGP Rwigamba said also they are working to unveil the same project in the remaining prison in near future.

The deregation  attended the opening project