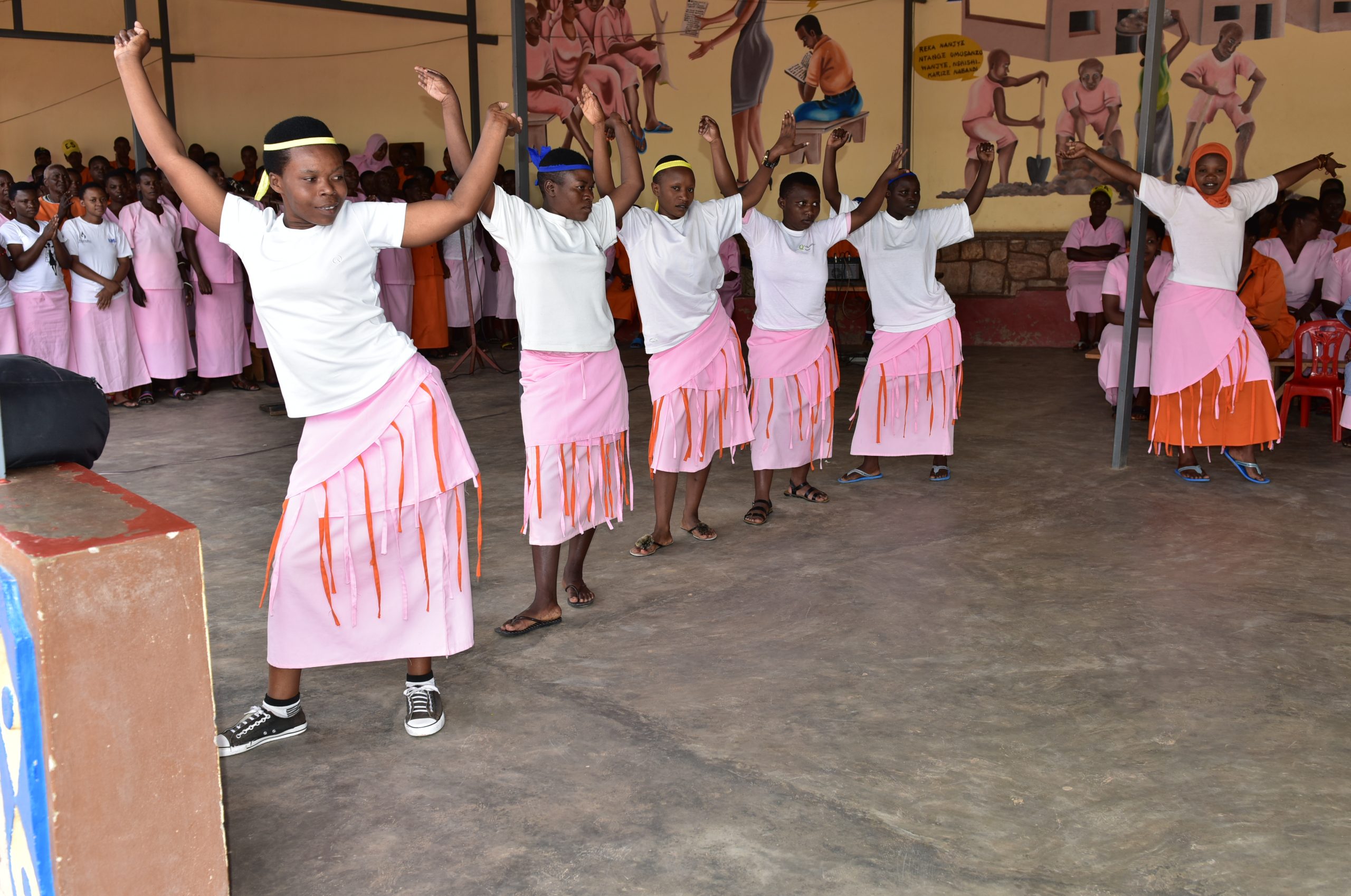 The celebrations featured dances and songs all praising RCS for valuing them as other female Rwandans.

Female inmates told officials they were happy that they are acquiring hands on skills that would help them create own jobs after completing their respective sentences.

In Ngoma, female inmates mentioned that  RCS grants them all rights including the rights  of to be visited by families

The representative of female inmates in Ngoma Women Prison said that many female women inmates are not visited by their families.  He revealed that the female inmates of Ngoma prison are visited at the rate of 15%

To solve this problem, the Deputy Commissioner of RCS Charles Musitu said that the RCS will do advocacy to sensitize families of inmates to visit them.

Female inmates in Muhanga said that when she came in prison, she only knew to cultivate but now she has acquired more additional practical skills she will use once released.

“I was a farmer before I got jailed, I knew nothing else. When I arrived here in prison, I started waving baskets and I make trousers and bed sheets, scarves and gloves among others, I also train my colleagues as I was also trained, “she said

”Once I complete my sentence, I will plan a project and start tailoring trade, I will train more people and we shall expand our business and build the country we wish,” she added

Division manager of RCS in charge of correction and social affairs Commissioner John Bosco Kabanda told female inmates that the country needs combined efforts to achieve its 2050 vision adding that the fact that they are in prison due to crimes they committed should not prevent them from serving the nation.

” You need to acquire skills and think about what will happen once you are released and how you will compete with others, “she said

Muhanga prison accommodates 3500 inmates. Among this number 517 are women