Rubavu: The minister of justice commended inmates who reveal the truth about genocide against the tutsi 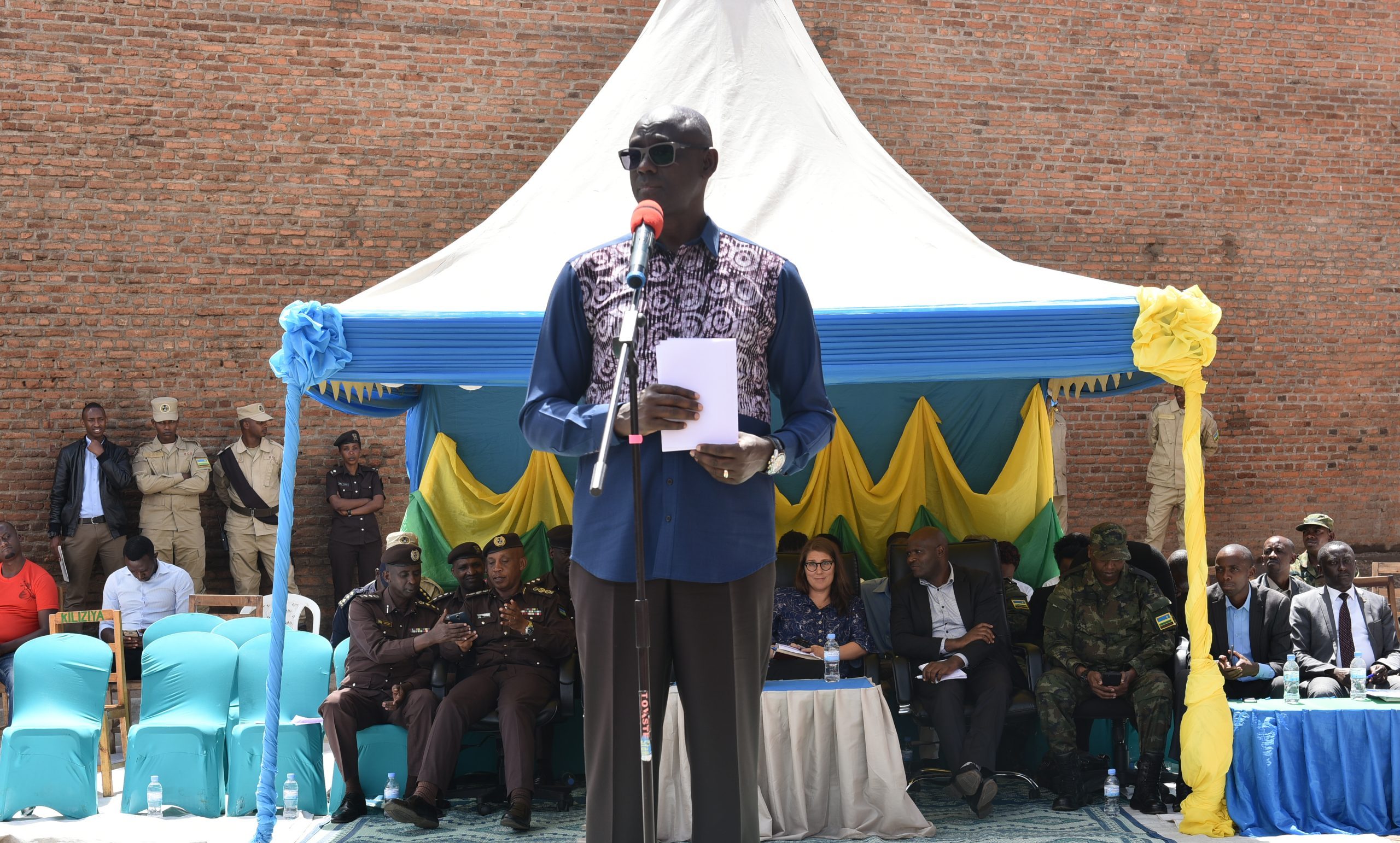 Rubavu prison accommodates inmates many of whom are youth below the  age of 40 accused guilty of theft, use of drugs and rape. More than 2000 prisoners were convicted of genocide crime.

While on working visit this Thursday, the Minister of Justice , Johnston Busingye commend some of the prisoners for their efforts in reconciliation process by revealing the truth about genocide against the Tutsi.

He urged inmates who sought pardon and pleaded guilty for genocide crime committed against the tutsi in Rwanda and urged them to continue telling the truth as it relieves the victims’ families, he further advised the prisoners also to tell the truth to  their families as they mislead them by saying that they are innocent yet they pleaded guilty.

The minister called on inmates to avoid committing more crimes and accept to be corrected by learning vocational activities so that by the time they are released from prison they are able create their own jobs because the government has set up vocational teaching programs for the inmates , those who complete the course will be awarded with certificates by WDA ( Workforce  Development Authority).

Nkurunziza Charles, the representative of inmates was grateful for their daily  living conditions, however, he pointed out the challenge that there are some prisoners above 70 years of age who were relocated to Rubavu from Gasabo prison when it was caught on fire, stating that they are  not visited because   they are far  from their families .

In response to this challenge, the Commissioner General of RCS  CG George Rwigamba stated that many of those relocated from Gasabo prison because it was  supposed to be closed and Nyarugenge prison was still under construction , he said that they will be relocated to facilitate their families to visit them.

Rubavu prison is located in Nyakiriba sector and accommodates 7117 inmates, all of them are men.

CG George RWIGAMBA was attended the visitting of Rubavu prison