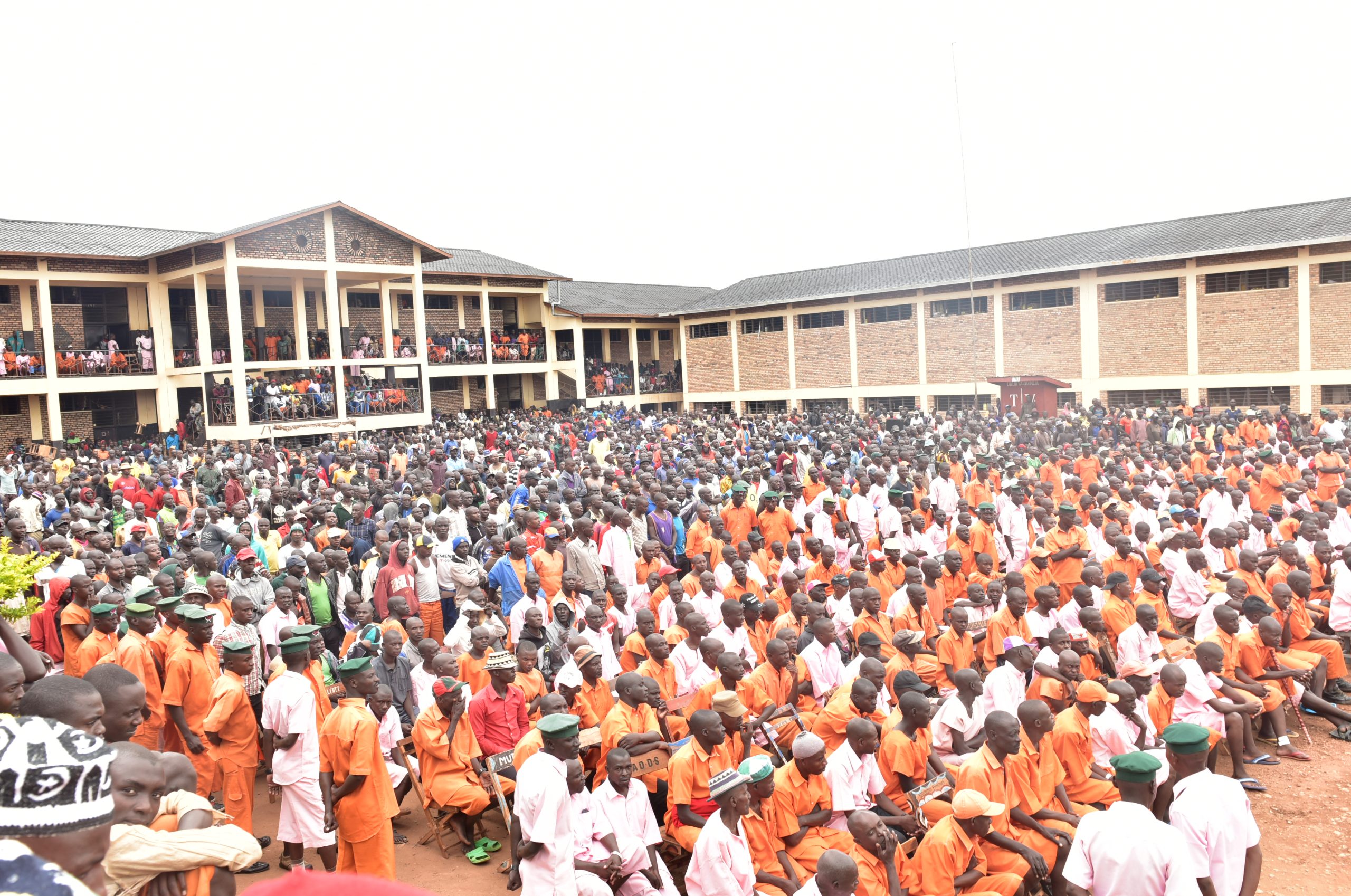 Inmates from Rwamagana prison have been sensitised to know their rights.The agenda was effected early this week in collaboration with RCS and international organisation for prisoners rights DIDE

Inmates from Rwamagana prison have been sensitised to know their rights.The agenda was effected early this week in collaboration with RCS and international organisation for prisoners rights  DIDE

Mukansoro Odette,the chairperson of DIDE  revealed that in Rwanda a lot has been done in terms of observing prisoners rights for example providing accommodation,  food, facilitating the prisoners to get lawyers and appearing in court on time.

Speaking at the occasion  the guest of honour, Division Manager of RCS in charge of Social affairs and correction CP  Bosco Kabanda highlighted the main factors in observing the prisoners rights stressing that all this is done in accordance with the law regulating RCS and MANDELA  RULES.

Concerning the implementation policy,Kabanda said that each prison is represented by the director of prison and other professionals in various sectors in charge of well being of inmates.

Inmates expressed their hapinness  because of the discussions held as most of them did not know their rights as revealed  by Murenzi Emmanuel, the representative of prisoners.

He had this to say’’There are many people who didn’t know their rights,and they have been told that the prosecutor may defend  the accused when necessary ,many knew that it’s not possible’’.

Apart from that support,  DIDE also constructed  juvenile prison at Nyagatare  with all equipment facilitating a child sentenced by the court not to lag behind in education and culture .

PrevPreviousRubavu: The minister of justice commended inmates who reveal the truth about genocide against the tutsi
NextRCS training school: Graduation of 225 prison wardersNext