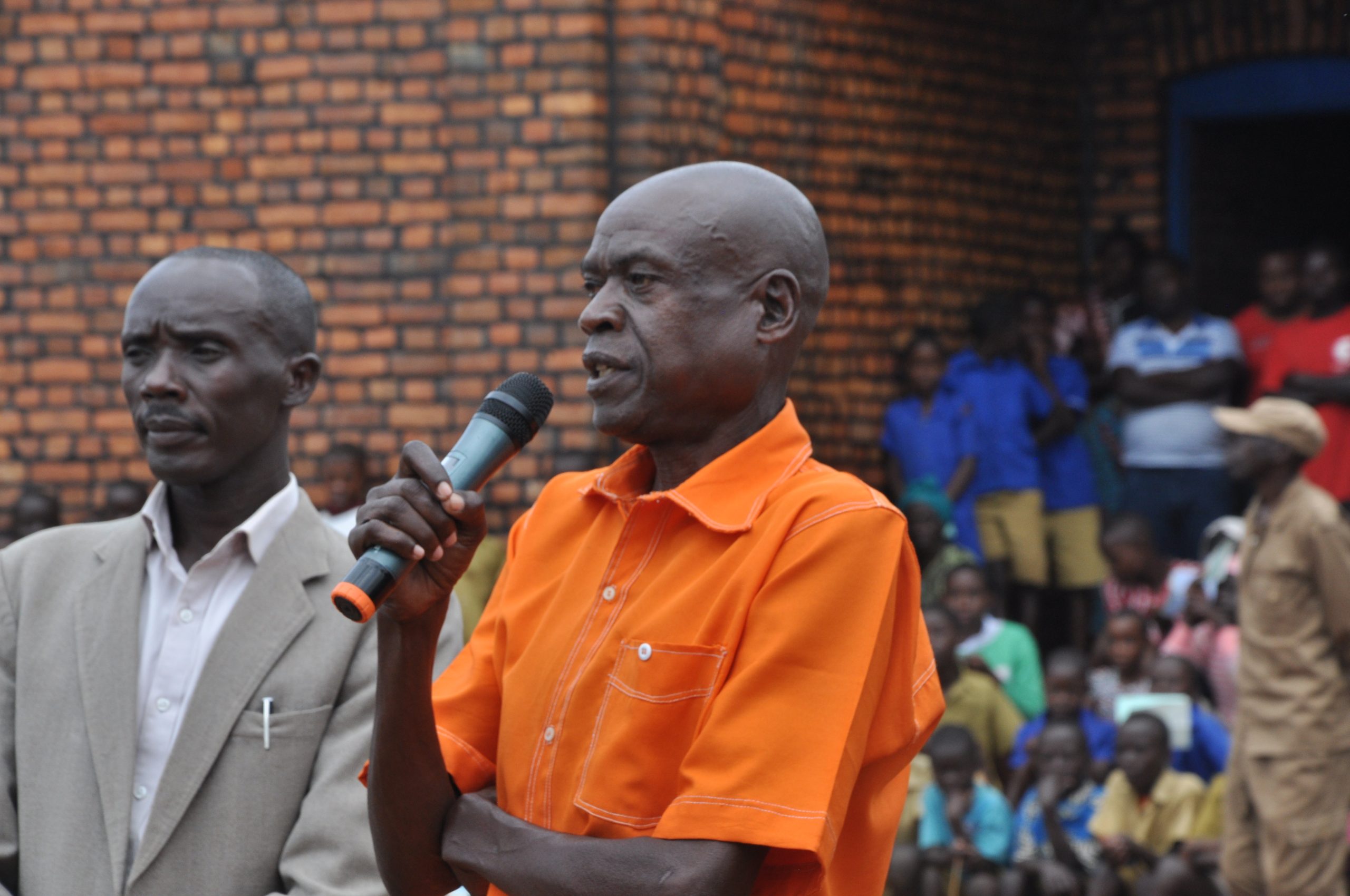 A total of 22 genocide convicts who are serving their various sentences in Nsinda prison, Rwamagana district have sought apology from families whose relatives were killed during the 1994 genocide against the Tutsi.

A total of 22 genocide convicts who are serving their various sentences in Nsinda prison, Rwamagana district have sought apology from families whose relatives were killed during the 1994 genocide against the Tutsi.

The event which took place in Kiziguro sector, Gatsibo district brought together hundreds of area residents and particularly 36 families who met 22 genocide convicts who are in prison because they killed relatives of the former leaving them orphans, widows and widowers.

The event is organised by Prison fellowship, a non-governmental organisation seeking to ensure genocide perpetuators reconcile with genocide survivors and live in harmony.

Kiziguro sector is part of former Murambi commune then led by bourgmestre Jean Baptiste Gatete who is serving 40 year sentence for his cruelty in masterminding and executing genocide.

Felicien Gatsinzi stood in front of the public and apologised for killing relatives of Donat Semuhungu  and Emmanuel Guhagarara and having involved in other attacks that left many dead.

I killed the sister of Guhagarara Emmanuel and the baby she was carrying. I also participated in several attacks and killed Rurangwa and his mother, I went in the attack that killed Kibukayire Dancile and others, I have therefore come here to seek for apology  my family I lied that I am jailed innocently, to the relatives of people I killed and to the entire nation as I did the devil” he said

During the event, genocide survivors and perpetrators hugged each other after those whose relatives perished pardoned those who killed them.

Donat, SEMUHUNGU thanked Prison fellowship for the way they teach both parties and get reconciled after genocide survivors can forgive those who killed their relatives.

“As survivors, we have forgiveness but we don’t have people to forgive, those who are still in prison try their best but those who were released because they had completed their sentences are not coming to us to apologies, I personally have managed to offer pardons to those who seek them to me,” he said

ACP Jean Bosco Kabanda, the RCS Assistant commissioner in charge of correction and inmates rights, it speaks volume when genocide survivors can forgive those who killed their relatives 24 years ago.

“Those people who forgive you also live well with your families you left in society but you had hidden the truth in your hearts and even your families know nothing, it is not clear how genocide convicts are yet to apologise despite efforts to teach them about reconciliation,” he said

He said that it is a problem that among 7000 genocide convicts in Nsinda prison, only 121 have apologised addign that the journey is still long.

Prison fellowship works with RCS in reconcilation journey and since the programme started thousands of people have reconciled and live in harmony in various parts of the country.