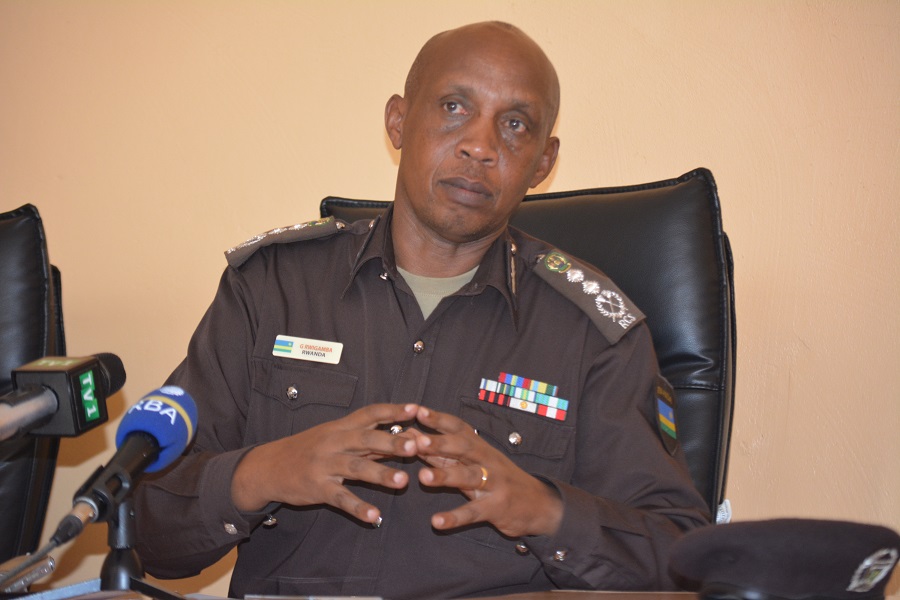 Rwanda Correctional Services officials have reassured the public that prisons are safe and security is tight despite recent escape incident.

Rwanda Correctional Services officials have reassured the public that prisons are safe and security is tight despite recent escape incident.

RCS commissioner General George Rwigamba said that despite a small number of prison guards compared to the number of inmates, they are able to maintain the security of inmates and their properties.

He said the prison officers only have challenges whenever inmates need to be accompanied outside the cells.

“In general security is full, all inmates are safe in all prisons and in TIG camps,” said Rwigamba

“We get challenged when it comes to going in courts and hospitals among other services, when more inmates are escorted by one officer to the hospital or to court to seek different services; it becomes difficult to control inmates  movements,” he added  saying that this can encourage escape but stressed officers are vigilant to ensure the security is tight.

He said that inmates have administrative ways as outside of the prison. There are sectors, cell and there are leaders among inmates themselves which helps ensure their internal security.

He said that prisons experience few cases of escape and in partnership with various institutions; many of the escapees are recaptured and brought back in prisons

“We can’t assure that we would jail inmates tightly and escapes can occur but we are vigilant and there is no connection of recent escape to the shortage of prison officers,”

Since January this year, a total of 25 inmates escaped and seventeen of them were recaptured and returned, according to RCS officials.

Commissioner General Rwigamba said that among these who are yet to be recaptured include recent Nyanza Prison escapees including former journalist Cassien Ntamuhanga, Sibomana Kirege and Theogene Batambirije.

He said that RCS has established a centre in Rwamagana where prison officials are trained and more officers will be trained.

There are health facilities in all prisons and inmates can be transferred to referral hospitals whenever need be.