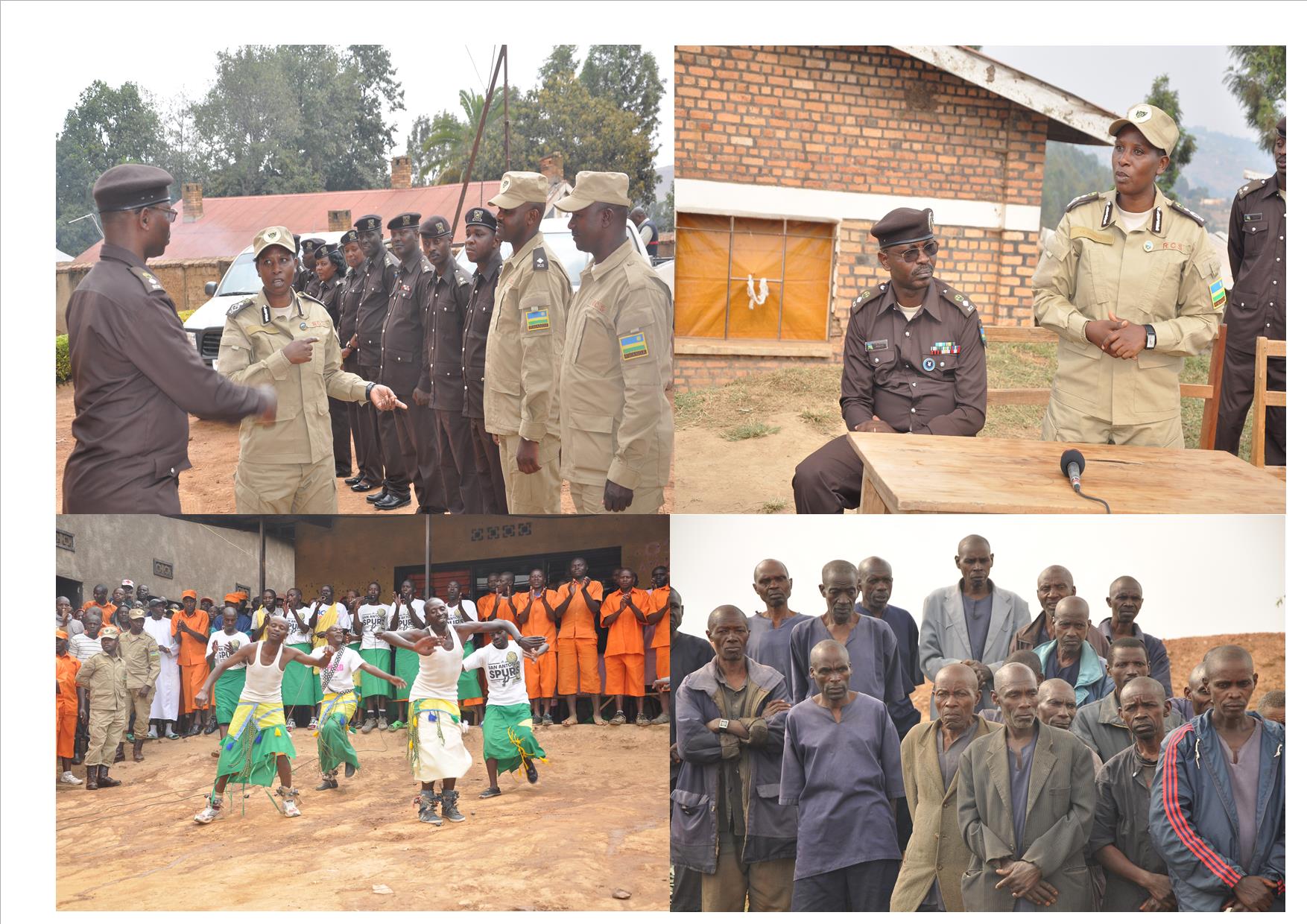 The RCS Deputy Commissioner General Jeanne Chantal Ujeneza visited Gicumbi prison and promised inmates to tackle problems they have including blankets and other bed commodities.

The RCS Deputy Commissioner General Jeanne Chantal Ujeneza visited Gicumbi prison and promised inmates to tackle problems they have including blankets and other bed commodities.

Her visit took place on last Wednesday August 9, 2017. Some of key purposes of her journey were to visit and have dialogues with inmates, to understand their problems and find efficient solutions accordingly.

SP Karera Rutayisire, the Director of Gicumbi Prison said that problems of inmates’ criminal files were tackled at 93 percent currently due to good partnership between RCS and the National Public Prosecution Authority.

SP Rutayisire also mentioned that many of health and wellbeing problems were solved in the prison, citing an example of mosquito nets availability to inmates.

“Some of the problems we had included inmates’ criminal files but they have been solved at 93 percent. However we still have bedding problems as many inmates still sleep in corridors. If we could get a good tent that would be helpful” said SP Rutayisire.

He continued saying that they need more beds and blankets. He called for partners interventions such as the International Committee of the Red Cross (CICR) and others.

After visiting inmates’ sleeping places observing the problems of few blankets, DCGP Ujeneza pledged to increase these materials based on available financial capacity.

“We are solving the problem of blankets gradually based on the available financial capacity and we cannot find them at once due to the big number of inmates, but, when serving them, we should start first by vulnerable and poorest ones who do not have family members” DCGP Ujeneza noted.

When concluding, DCGP Ujeneza advised inmates to tell the community outside the prison not to commit crimes so that the number of inmates can be reduced to ensure wellbeing of inmates.

She further emphasized on their hygiene and diseases prevention where she promised them to be vaccinated against Hepatitis B in a short time as vaccination equipments are already there.

During her visit, DCGP Ujeneza also met inmates who are in works of general interests (TIG) in Gicumbi District. She pledged for solutions to their different problems.