Rwf 1.4 billion of cash revenues was generated by RCS activities during the 2012-2013 financial year 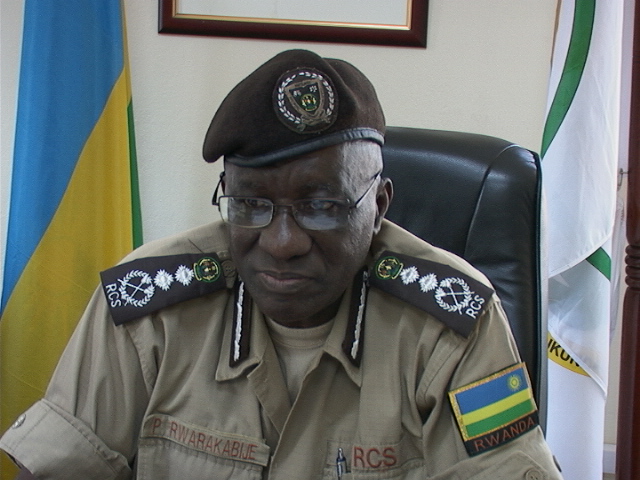 This was announced by the Commissioner General of Rwanda Correctional (RCS), CGP Paul Rwarakabije during a press conference held at RCS Headquarters on July 30th, 2013.

Francs of cash revenues and he added that many efforts were made to reach a result exceeding even the target.

Concerning the environment protection, CGP Paul Rwarakabije said that almost all the prisons use the biogas for cooking inmates’ meals. He gave the example showing that the use of biogas is currently evaluated at 96% in Bugesera Prison, 95% in Gasabo Prison, 80% in Nyagatare Prison and 72% in Rwamagana Prison.

Speaking about the files of prisoners, the Commissioner General of RCS said that all the files are well kept and computerized and they are controlled through the system called “Prison Watch” which allows to know a new recorded prisoner and the one who ends his punishment.

During this press conference, the Commissioner General of RCS also highlighted the activities done during the RCS week. He informed that the inmates have been engaged in different development projects such as the construction of feeder roads, the construction of 12 Years Basic Education classes, building houses for homeless families, environment protection, etc. He also noted that RCS gave 20 cows to poor families in Rusatira Sector of Huye District and 5,262 inmates received dental treatment in collaboration with Rwanda Military Hospital, etc. CGP Paul Rwarakabije added that the value of all activities done during this week is estimated at Rwf 160 million.

The Commissioner General of RCS also answered the various questions asked by the journalists.