53 Genocide perpetrators serving imprisoned at Bugesera prison have asked for forgiveness to survivors during community outreach. 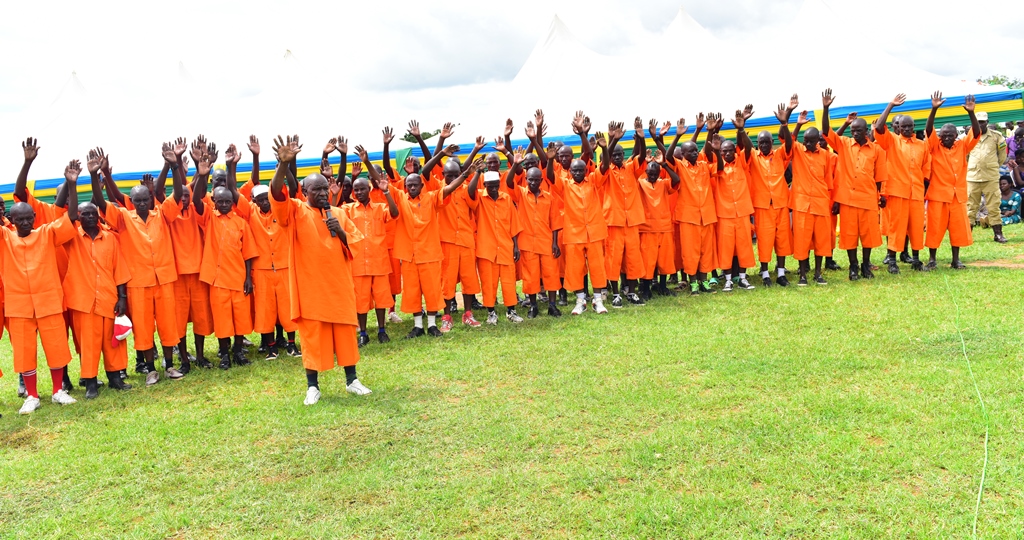 The event took place on Wednesday the 27th November 2019 at Mayange Sector, Bugesera District. Those 53 Convicts of the Genocide against the Tutsi asked for forgiveness from survivors and community and said that they regret on inhumane crimes they committed.

The event took place on Wednesday the 27th November 2019 at Mayange Sector, Bugesera District. Those 53 Convicts of the Genocide against the Tutsi asked for forgiveness from survivors and community and said that they regret on inhumane crimes they committed.

This event of seeking pardon contributes significantly to the journey of unity and reconciliation among many Rwandans, and it is an act that Rwanda Correctional Service (RCS) is doing in partnership with Evangelical Associations in Rwanda, like Prison Fellowship, and the National Unity and Reconciliation Commission, where Convicts ask pardon from survivors.

Elie Musabyimana, a Convict from Musenyi Sector, Bugesera District, is one of Convicts who asked for forgiveness, for his role in Genocide against Tutsi. He said: “I am one of the cowardly persons in 1994.

I took a part in the 1994 Genocide perpetrated against the Tutsi. It was prepared so long, then I help in its implementation. I killed men, women, and children. Please kindly forgive me.” MUSABYIMANA asked pardon to all Rwandans, his relatives whom he did not tell the truth about Genocide against Tutsi, and survivors who attended the event. “I am asking for forgiveness to Emmanuel Muhire, because I killed his father, his elder brother with his five children, and his little brother. I also ask pardon to Gatete, for I killed his sister accusing her to be a Tutsi.” Said MUSABYIMANA.

Emmanuel Muhire, a survivor, said that it was not easy to forgive the killer of his relatives, Elie Musabyimana, but after being trained in the process of healing he absolutely granted pardon. He said “even if I am now alone, it is important to grant pardon. In fact, I pardon Elie Musabyimana from the bottom of my heart. ”

He said “what we need from you, is that your seeking for forgiveness should be sincere, and the information you provide on Tutsi you killed have to be full in order to know the whereabouts of their bodies and give them a decent burial. This will make survivors feel at ease.”

He said “there are Convicts who are not yet providing information about their crimes in Genocide perpetrated against Tutsi in 1994. We solicit Convicts to provide meaningful information, and those information should urgently be assessed in order to exhume bodies of victims and give them a decent burial.”

There are more than 27000 Genocide Convicts in all prisons in Rwanda, as it is indicated by the figures from Rwanda Correctional Service.